Doubt. The Devil Within

I’ve always assumed that I’ve been immune to the disease of doubt and in the rare moments that it struck, I had a quick and dirty solution that worked for me every single time. Jump! It didn’t always land in victory but more often in pain. 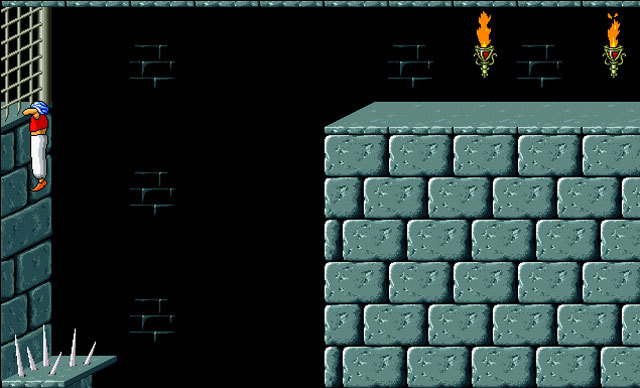 I always imagine doubt in my mind like the Prince of Persia pausing before he takes the leap across the chasm. What doubt does is it removes the vision of the goal, the girl, the gold, the glory on the other side of the chasm and instead magnifies the sharp, long, spikes yearning for blood at the bottom of the deep and dark chasm. And this isn’t something that strikes you only on the early levels of the game. Whether you’re a newbie or a seasoned player, the Devil of Doubt can creep in unceremoniously and uninvited. Jump! No! don’t jump…

Doubt serves indeed to paralyse and puzzle the mind and body into forgetting it’s capabilities, it’s inherent qualities and it’s virtues. If it were to be distilled into a toxin, the venom producing creatures of our wondrous planet would be left to shame. Doubt doesn’t need a pair of venom injecting fangs to deliver it’s dubious payload. It can materialise out of thin air and create confusion where there was clarity. Words can be wielded by one’s enemies to spread doubt but more efficient and deadly are thoughts that arise from within. These can scramble a perfectly tuned mind into falling apart like a house of cards.

Like any adventurer worth his salt, the Prince believes in the journey and hence he perseveres. Perhaps the fact that it’s a game and he can easily reset and start again plays a factor in his heroism? Nonetheless, as mortals in this game of life, the challenge is as dangerous as an array of dangerous spikes in the chasm. The glory is as real as it can get and that makes the doubt deviously real too. Sometimes to make that leap, you might have to retreat a few steps to gain the momentum you need. At other times, a blind leap based on external guidance may be prudent. A cleverly crafter rope thrown secured across the chasm might be apt even at the cost of lost time. The solutions may vary, but what is important is that movement never stops. The Devil of Doubt seeks to impede the movement of life by paralysing you at the edge of the chasm, staring deep into it’s depths…

The moment you make a decision to move forward, you set into motion a chain of events that conspire to bring you victory against the Devil of Doubt. While in the beginning you will sweat when confronted by this creature from the dark, once you advance as a player in this precious game of life, you will welcome the ominous presence as an opportunity to rise and catapult oneself to a level far beyond.. A step ahead in your journey as an adventurer. The journey of life is a mighty adventure waiting to unfold and unravel the mysteries that lie ahead. Where are you - cringing in fear or crouching in preparation for the leap?

Note:
This article was written while confronted by the chasm of my own insecurities and doubts as I traverse the 34th level in my Game of Life. Instead of succumbing to the Devil of Doubt, I’m still running ahead with a lot of verve and a little wisdom. Run with me…

In today’s world, we presume that old fashioned values are a thing of the past, that getting rich requires a life of crime, murder and mayhem. Well at least that’s what the movies have us believe. Shortcuts are the only possible way to... Continue →