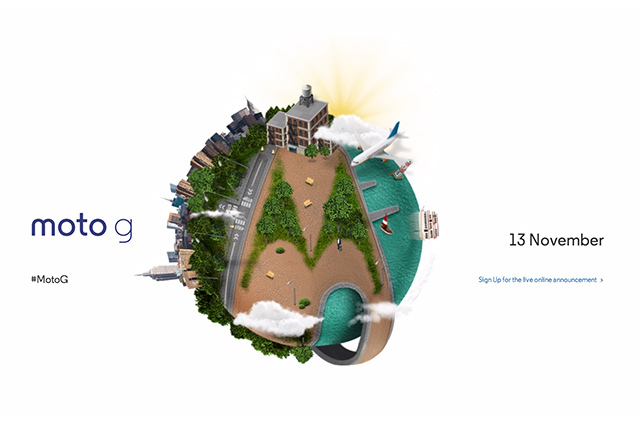 I’ve long since been an ardent admirer and avid user of Motorola products especially in the Phones division. From the original Moto Razr to the tough-as-nails Defy, the 1st Fingerprint sensor phone; the (M)Atrix, the best QWERTY ever; Droid 4 and the sleek yet never-say-die Droid Razr MAXX the journey has always been exciting. During the time, I’ve received great feedback and support from Motorola USA executives when I’d write in asking about future plans and product launches in the Indian subcontinent. It’s quite a pleasant surprise when you write into the CEO of the company about a pet peeve and you actually get a reply. And not just the humoring auto repsonder kind. So I was rather sad to see them leave the subcontinent last year as they packed their bags. I did however have a premonition that there was a comeback planned right then..

Enter Google and the rumor mills stepped up abuzz with speculations about the future of Motorola. Even the developer community finally saw light as they imagined unlocked bootloaders and more support for further development of devices. Business leaders saw the unlimited funds and technology at Google as a good supporting bed for expansion and growth. While it certainly was the merger everyone was talking about, Motorola began silently working on bringing the best that Google had to offer to the masses with the hardware that Motorola was so well known for. Releasing the Moto-X was a move that flummoxed competitors and others in the industry. In a world where the better phone was simply the one with a bigger screen, higher resolution and faster processors this phone brought in SMART! With innovative features never before seen on a smartphone, they proved that the customer is the King, that product development is based on the customer and not just the competitor. The Moto-X has already reportedly gotten the latest Android 4.4 OTA update.

The G-Force is Strong #

With Google tackling the issue of fragmentation head on and releasing Kit-Kat or Android 4.4 the mad rush for faster and faster phones will seem even more silly. Project Svelte has taken on from Project Butter and brought the same smooth lag-free experience to a wider variety of mobile hardware by making Google apps smaller and more efficient. Android 4.4 will run on devices with as little as 512MB of RAM. Google has shrunk Android while still keeping a high-end user experience and feature set. Dalvik JIT code cache tuning, kernel samepage merging (KSM), swap to zRAM let OEMs tune out-of-memory levels for processes, set graphics cache sizes, control memory reclaim, and more. Core system processes now aggressively protect system memory from apps consuming large amounts of RAM. Multiple services are now launched serially, in small groups, to avoid peak memory demands. Google apps has been decoupled from the OS level and frees the kernel so it now performs super fast and super efficient with lesser hardware requirements. Rumor has it that based on these optimizations, Android’s VM Dalvik is soon to be replaced by a new runtime engine called Android Runtime (ART) in the next version.

How Does the Future Look? #

All that jargon is only techno babble to the unassuming end user and customer who only wants a phone that ‘listens’ to him and does whatever is asked of it. Aren’t our digital devices the modern equivalent of a butler; always at our service? The one item we can’t live without, would most likely be a smartphone - a window to the world around us. The Moto X heralded the renaissance that Google followed up with Kit Kat and thus making the digital revolution more accessible to everyone. Consumers now have access to tools that empower them to become creators. I’m writing this in anticipation of the Moto-G which is just round the corner. I’m certain that this is the moment when Motorola will return to the Indian subcontinent; the largest and fastest growing market for smartphone users. Come November 13 and more will be revealed.. Will it bring the same Moto-X tricks to the party at a more affordable cost? Will it be the phone to springboard the smartphone revolution among the masses? Questions abound, but despite the leaks answers are eagerly awaited in India and across the world.

[UPDATE]: The Verdict is in - We have a Winner!

The Moto G from Motorola aims to provide decent specs at an extremely low price. With features like a 4.5-inch 720p display, quad-core Snapdragon 400 processor, and 2,070mAh battery, paired with a <10000 INR price tag, the Moto G is catering to mass markets. It’s influenced by Google in obvious ways and together, Motorola is changing the market, offering better devices for less making the Moto G, the go-to phone in India and across the Indian Sub-continent.

Case Study: LG G2 # As an avid Android user from the early days, I’ve watched and experienced it grow from an immature OS to an innovative eco-system that delivers on everything it promised and more. On the hardware front, users and... Continue →